Injustice is a quality relating to unfairness or undeserved outcomes. The term may be applied in reference to a particular event or situation, or to a larger status quo. In Western philosophy and jurisprudence, injustice is very commonly—but not always—defined as either the absence or the opposite of justice.

The sense of injustice is a universal human feature, though the exact circumstances considered unjust can vary from culture to culture.

While even acts of nature can sometimes arouse the sense of injustice, the sense is usually felt in relation to human action such as misuse, abuse, neglect, or malfeasance that is uncorrected or else sanctioned by a legal system or fellow human beings.

The sense of injustice can be a powerful motivational condition, causing people to take action not just to defend themselves but also others who they perceive to be unfairly treated.

Professor Judith Shklar has written that Western philosophers tend to spend much more time discussing the concept of ‘justice’ rather than ‘injustice’. On the other hand, she states both historical writing and fiction use instances of injustice as subject matter far more often than justice.[4]

A relatively common view among philosophers and other writers is that while justice and injustice may be interdependent, it is injustice that is the primary quality. Many writers have written that, while it is hard to directly define or even perceive justice, it is easy to demonstrate that injustice can be perceived by all. 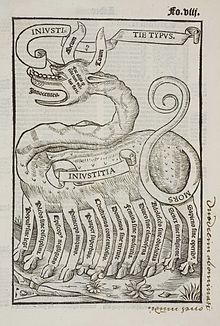 Scholars including Judith Shklar, Edmond Cahn and Barrington Moore, Jr. have surveyed anthropological and historical work on injustice, concluding that the sense of injustice is found everywhere there are men and women; it is a human universal.[4][8][9] These writers, and others like Simone Weil, Elizabeth Wolgast and Thomas W Simon, hold that the sense of injustice is a powerful motivational condition — unlike the sense of justice which tends to be conceived in more abstract ways, and tends to inspire contemplation rather than action.[2][10][11][12]

Cahn held that, for evolutionary reasons, humans who witness others being subjected to injustice can respond as though it was an act of aggression towards themselves. There can be an immediate, visceral activation of the flight or fight system. As Dr. Martin Luther King Jr. puts it “injustice anywhere is a threat to justice everywhere”.[13] A 2012 study published in Psychological Science found that even babies have a sense of injustice and dislike having it violated, even when they witness events that do not directly effect them.[14][15]

In the field of jurisprudence, Cahn has argued that it is an important skill for lawyers to know how to rouse a jury’s sense of injustice — something best done by appeals to the particular, not by abstractions or boilerplate type statements. Barrington Moore asserts that reasons why populations often submit to oppression for long periods of time is that they consider it inevitable and so their sense of injustice is not aroused. He says that a widely shared sense of injustice is an essential, though not sufficient, cause of rebellion. Writers including Simone Weil, Elizabeth Wolgast and Judith Shklar have said that an aroused sense of injustice can be an essential prerequisite to action needed for protecting the weak and afflicted.

A common cause of injustice is human selfishness. As Plato described at length in The Republic, people will often commit acts of injustice when they calculate it is in their interests to do so. Plato also adds that “The highest reach of injustice is to be deemed just when you are not”. Human injustice is not always caused by attempt to gain unfair advantage or malice; it may be simply the result of the flawed human decision making.

For example, studies have found that judges sitting on review boards are less likely to reach decisions favorable to applicants depending on how long it is since the judges had their last food break. Misuse and abuse with regard to a particular case or context may represent a systemic failure to serve the cause of justice (cf. legal vacuum).

Read More  A Gift Consists Not In What Is Done Or What The Gift Is, But The Intention

In my understanding and humble opinion, the world runs on a main principle of “you reap what you sow” aka the the Law Of The Harvest – if you plant apple trees, it makes direct sense that you’d get apple trees and consequently, apple fruits. That’s in farming and agriculture.

The same law applies to relationships, finance, health, etc and all their subsets.

This is the basic Law Of The Harvest – it’s universal.

Herein, applying to “A kingdom founded on injustice never lasts” – a kingdom that is based on injustice, will just mete and invest and reinvest into injustice, hence reaping fruits of injustice, which is a vicious cycle where the injustice aims to equal or greater the injustice prior to it. Or understanding the people and kingdom it renders its injustice, does or will it not reap what it sows?

Of course, it’s an eventuality.

Can you see it – it’s basically a time bomb waiting to implode.

Hence why a kingdom founded/based on injustice will never last.